Are you sure, that you are using your iPhone perfectly? No matter which iPhone series or model we use, we all love our phones. But sometimes even after proper use, many iPhone users end up making some common mistakes that not just affect the functionality of their iPhones but also increase the need for repair.

iPhone repair turns out to be costly when the reason behind the repair is major. But getting the iPhone repaired at the right time and by a professional helps to prevent the high cost. The most common thing that prevents iPhone users from making the best use of their phone is the broken or damaged screen. It is also the major reason behind the high demand for iPhone screen repair in Richardson. 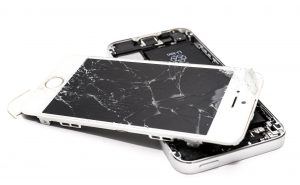 Along with the damaged screen, slow charging, over-heating, black screen, Virus attack, slow working, etc. are some iPhone issues that result due to some common mistakes that iPhone users often make. This makes it essential for each iPhone user to know the mistakes and avoid them as much as possible. Here are some common iPhone mistakes that you must avoid.

Not turning off the iPhone:

Just like other devices, iPhones too need to be turned off periodically. But many iPhone user never turns off their iPhone. This later troubles them when their iPhone starts behaving abnormally. It is better to regularly or at least once a month, turn your iPhone off and back on so it can have a quick power cycle.

In spite of using the original iPhone charger, many people prefer using a different or duplicate charger to save more. But this is one of the major mistakes that even become the reason behind the iPhone explosion. Unoriginal chargers damage the battery of your iPhone and make it slow. Rather than saving money, stick to safety.

Sometimes due to the unavailability of a safe internet connection or just to save the data, iPhone users make the mistake of browsing with public wi-fi. The thing becomes complicated when the user does not even use any VPN. This becomes the major reason behind the loss of data and cyber or virus attacks. So it is recommended to avoid using public networks and those without password protection. In case of an emergency make sure you will use a VPN.

Force closing the apps is a common mistake that is quite popular among iPhone users. While switching between open apps, many iPhone users prefer swiping up on the app tiles to close them. Usually, this is done to free up memory or to fix a problematic or unresponsive app, but doing it more often later affects the functionality of the iPhone. It shortens the battery life and also makes your iPhone work harder.

Some iPhone users ignore updates just to save their internet data. They tend to ignore app updates, security updates, or even important system updates longer than they should. With this, they just potentially open up their iPhone to threats and malicious attacks.

Avoid the mistakes to keep your iPhone safe